Activist supports the organizations below. 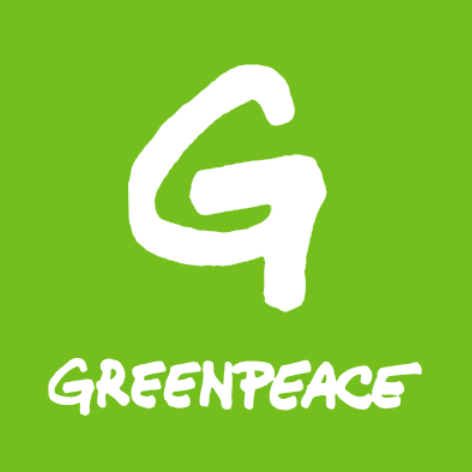 Greenpeace is a global, independent campaigning organization that uses peaceful protest and creative communication to expose global environmental problems and promote solutions that are essential to a green and peaceful future. 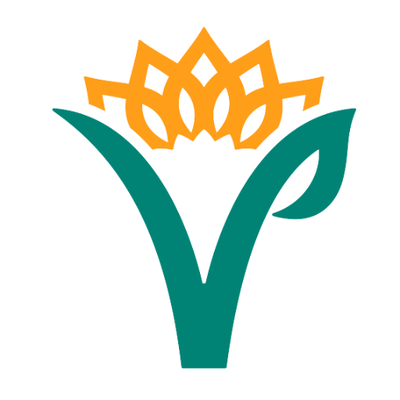 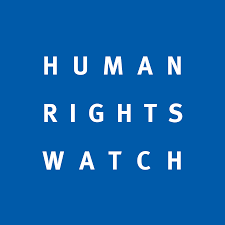 Established in 1978, Human Rights Watch is known for its accurate fact-finding, impartial reporting, effective use of media, and targeted advocacy, often in partnership with local human rights groups. 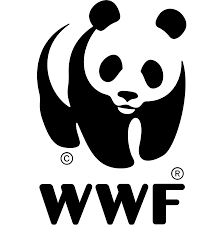 The world’s leading conservation organization, WWF works in 100 countries and is supported by more than one million members in the United States and close to five million globally. WWF’s unique way of working combines global reach with a foundation in science, involves action at every level from local to global, and ensures the delivery of innovative solutions that meet the needs of both people and nature. 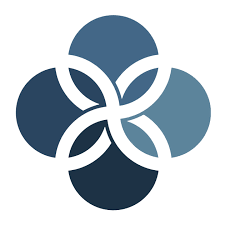 Dedicated to the long-term health and wellbeing of all Earth’s inhabitants
We support projects around the world that build climate resiliency, protect vulnerable wildlife, and restore balance to threatened ecosystems and communities. 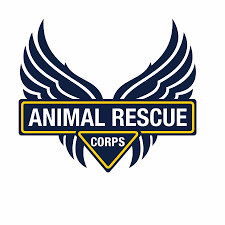 Animal Rescue Corps’ mission is to end animal suffering through direct and compassionate action, and to inspire the highest ethical standards of humanity towards animals. 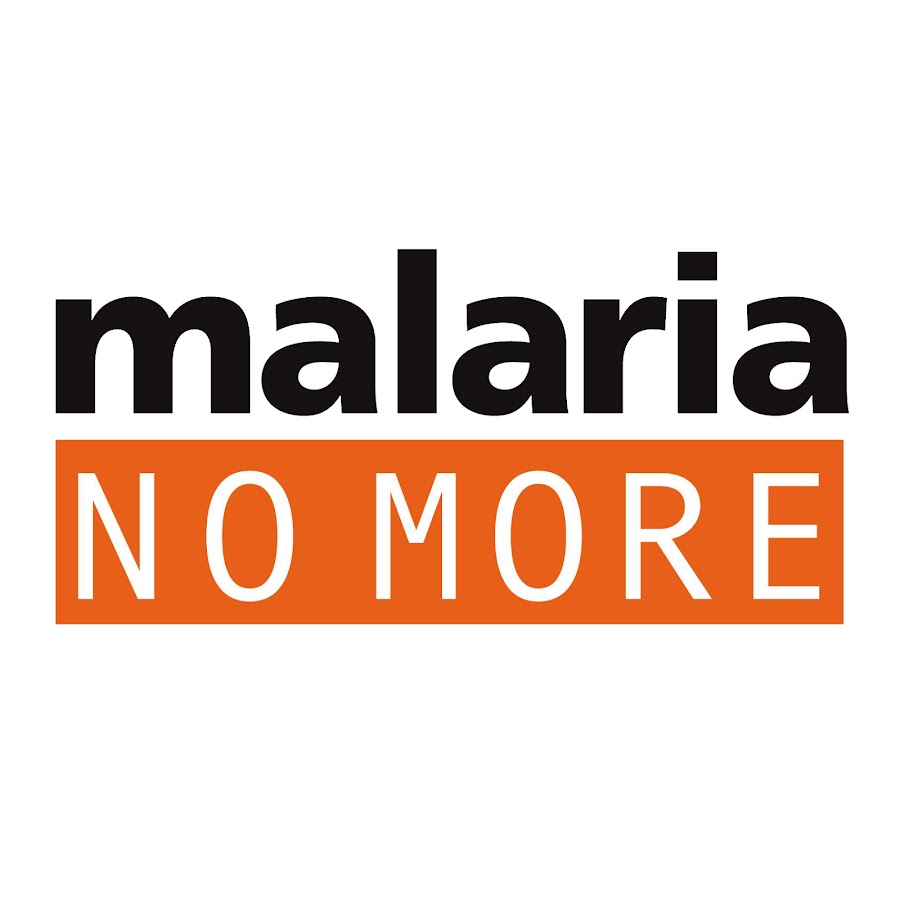 Malaria No More envisions a world where no one dies from a mosquito bite. More than a decade into our mission, our work has contributed to historic progress toward this goal. Now, we’re mobilizing the political commitment, funding, and innovation required to achieve what would be one of the greatest humanitarian accomplishments – ending malaria within our generation. 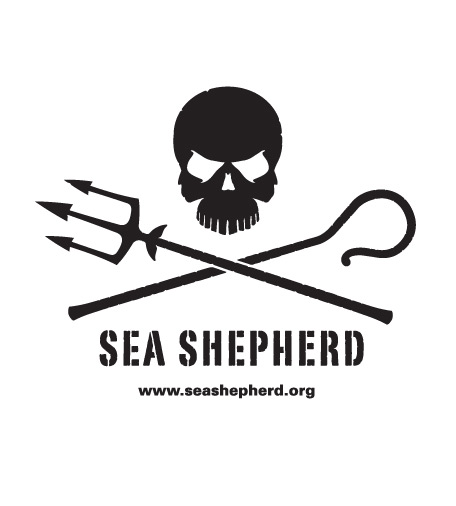 Sea Shepherd uses innovative direct-action tactics to investigate, document, and take action when necessary to expose and confront illegal activities on the high seas. By safeguarding the biodiversity of our delicately balanced ocean ecosystems, Sea Shepherd works to ensure their survival for future generations. 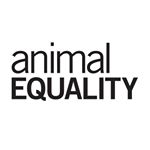 We believe in a world in which all animals are respected and protected. 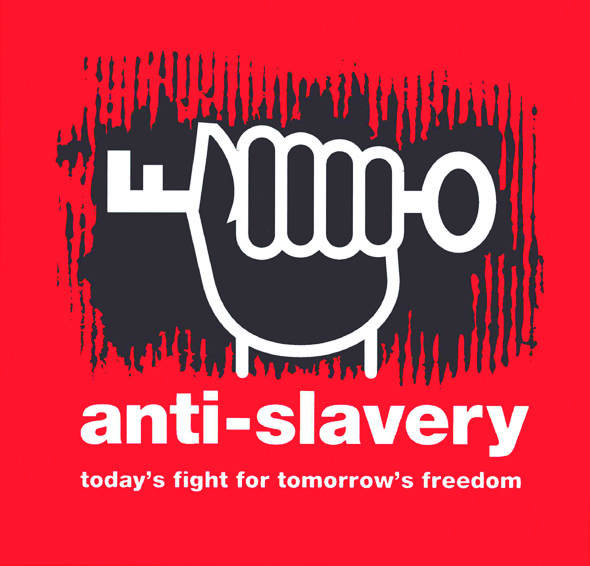 Founded in 1839, we are the oldest international human rights organization in the world. Today, we draw on our experience to work to eliminate all forms of slavery and slavery like practices throughout the world. We are not interested in easy solutions. Instead, we deal with the root causes of slavery and its consequences to achieve sustainable change.

The Save Movement is a worldwide network of groups who #BearWitness to farmed animals, advocate veganism and promote love-based grassroots activism.

The mission of The Nature Conservancy is to conserve the lands and waters on which all life depends.

Our vision is a world where the diversity of life thrives, and people act to conserve nature for its own sake and its ability to fulfill our needs and enrich our lives. 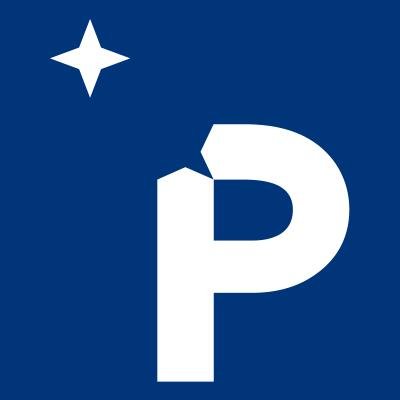 Polaris is a leader in the global fight to eradicate modern slavery. Named after the North Star that guided slaves to freedom in the U.S., Polaris systemically disrupts the human trafficking networks that rob human beings of their lives and their freedom. Our comprehensive model puts victims at the center of what we do – helping survivors restore their freedom, preventing more victims, and leveraging data and technology to pursue traffickers wherever they operate. 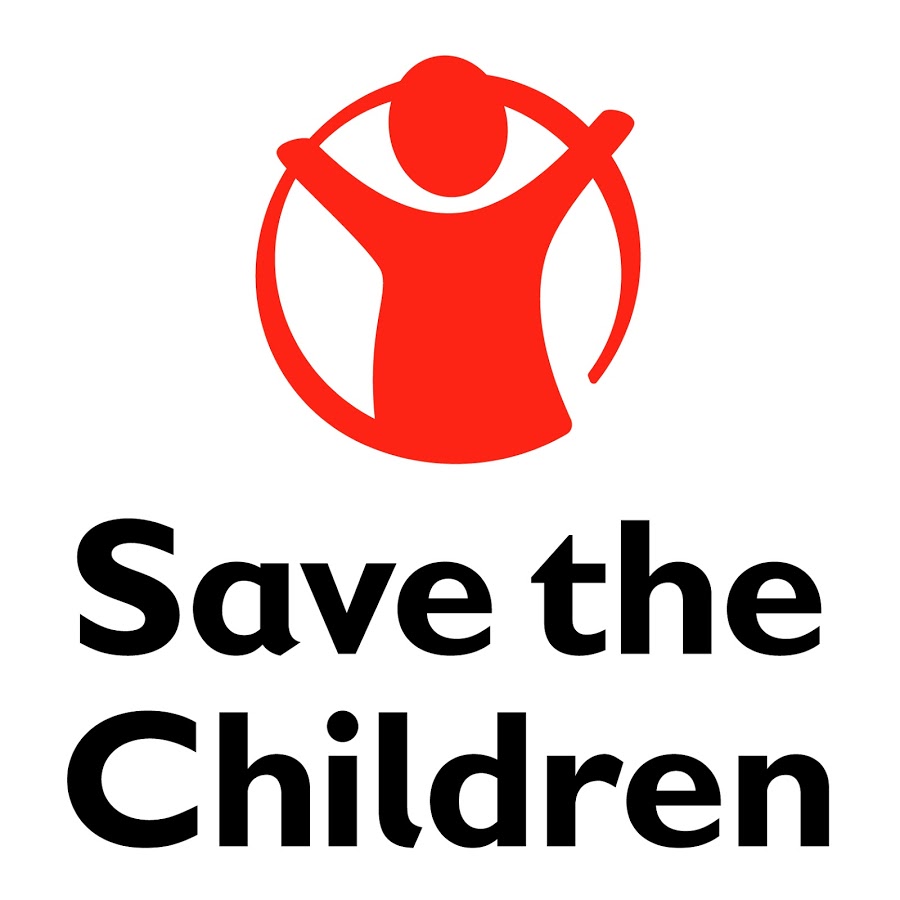 Millions of children in the U.S. and around the world still aren’t getting what they deserve. We’re talking about children in need. Dying, when the world knows how to save them. Vulnerable children in poverty. Denied an education. Forced to flee violence. Orphaned, abused, abandoned. Children with no reason to smile. No hope for the future. 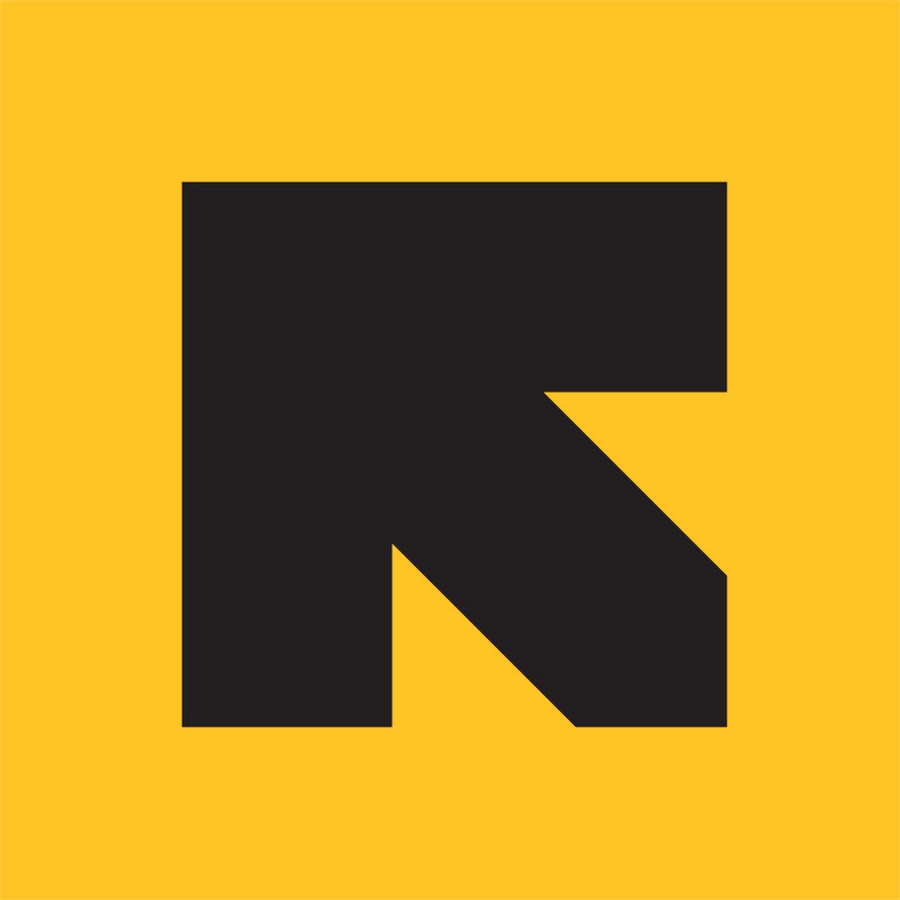 The International Rescue Committee responds to the world’s worst humanitarian crises and helps people whose lives and livelihoods are shattered by conflict and disaster to survive, recover, and gain control of their future. 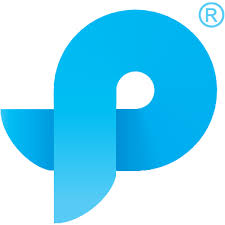 The Parkinson’s Foundation makes life better for people with Parkinson’s disease by improving care and advancing research toward a cure. In everything we do, we build on the energy, experience and passion of our global Parkinson’s community. 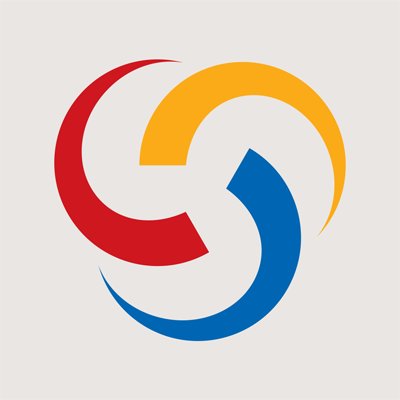 Working together, we have saved millions of lives and provided prevention, treatment and care services to hundreds of millions of people, helping to revitalize entire communities, strengthen local health systems and improve economies. 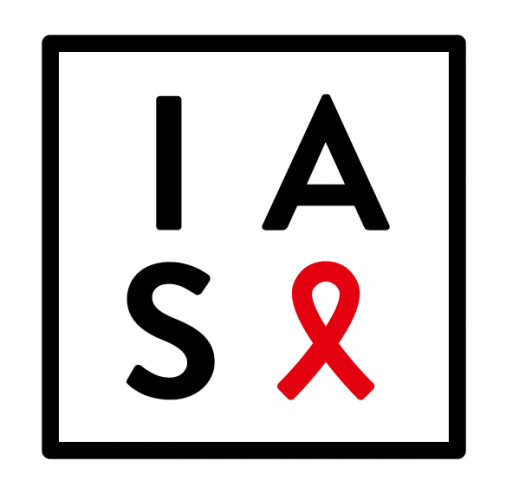 PETA focuses its attention on the four areas in which the largest numbers of animals suffer the most intensely for the longest periods of time: in the food industry, in the clothing trade, in laboratories, and in the entertainment industry. We also work on a variety of other issues, including the cruel killing of rodents, birds, and other animals who are often considered “pests” as well as cruelty to domesticated animals.

The Michael J. Fox Foundation’s single, urgent goal is to eliminate Parkinson’s disease. Honor someone in your life who has been touched by PD, and help research find a cure. Your donation funds an aggressive agenda aimed at developing improved therapies and a cure for those living with Parkinson’s disease. 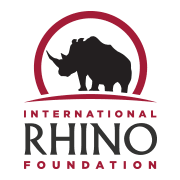 For 25 years, the International Rhino Foundation has championed the survival of the world’s rhinos through conservation and research. We do what it takes to ensure that rhinos survive for future generations.

Orangutan Foundation International (OFI) is a nonprofit organization dedicated to the conservation of wild orangutansand their rainforest habitat. OFI also supports research on orangutans and forests, education initiatives, both local and international, and brings awareness concerning orangutans wherever it can. OFI is profoundly committed to the welfare of all orangutans, whether captive, ex-captive, or wild.

We are a global community conservation organization that advances the vision and work of Dr. Jane Goodall. By protecting chimpanzees and inspiring people to conserve the natural world we all share, we improve the lives of people, animals and the environment. Everything is connected—everyone can make a difference.

Chimp Haven was founded in 1995 in order to respond to the need for long term chimpanzee care. The need for care extended to those chimpanzees no longer used in biomedical research, the entertainment industry or the pet trade.

Working with people around the world—from fishermen to government leaders, divers to scientists, Californians to Fijians—the Coral Reef Alliance protects our most valuable and threatened ecosystem. We lead holistic conservation programs that improve coral reef health and resilience and are replicated across the globe. 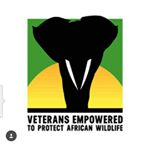 In May of 2016 VETPAW focused on two goals: Assist in fighting the huge spike in rhino killings in South Africa and secure a long term home on the continent. To achieve this we launched Operation Rhino Shield in South Africa where we deployed a team of Army, Marine and Navy veterans on private reserves that are under direct threat from rhino poaching.

NRDC works to safeguard the earth—its people, its plants and animals, and the natural systems on which all life depends.

We combine the power of more than three million members and online activists with the expertise of some 600 scientists, lawyers, and policy advocates across the globe to ensure the rights of all people to the air, the water, and the wild.

UCS scientists and analysts develop and implement innovative, practical solutions to some of our planet’s most pressing problems—solutions for combating global warming; developing sustainable ways to feed, power, and transport ourselves; fighting misinformation; advancing racial equity; and reducing the threat of nuclear war.

Hawai‘i SEED is a nonprofit organization and coalition of grassroots groups, farmers activists and community from five islands working to educate the public about the risks posed by genetically engineered organisms and to promote diverse, local, healthy and ecological food and farming.

Cancer. Reproductive harm. Developmental disorders. The list of illnesses caused by toxic chemicals is as long as the list of flaws in our chemical regulatory policy, which requires the U.S. Environmental Protection Agency to prove that chemicals in products are unsafe in order to keep them off the shelves. That rarely happens, if ever.